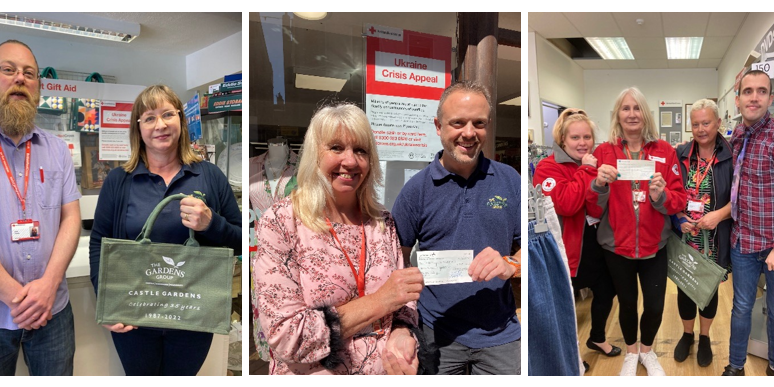 Poundbury Garden Centre, along with Castle Gardens in Sherborne and Brimsmore Gardens in Yeovil, have raised £3,676 for the British Red Cross Ukraine Crisis Appeal since April. Donating the proceeds collected so far, raised from the sale of commemorative jute bags made for Castle Gardens’ 35th anniversary and Brimsmore Gardens’ 30th anniversary, each garden centre has delivered a cheque to their local British Red Cross branch.

The anniversary jute bags are still available to buy at all three garden centres for £5 each and all proceeds will continue to be donated to the British Red Cross Ukraine Crisis Appeal.