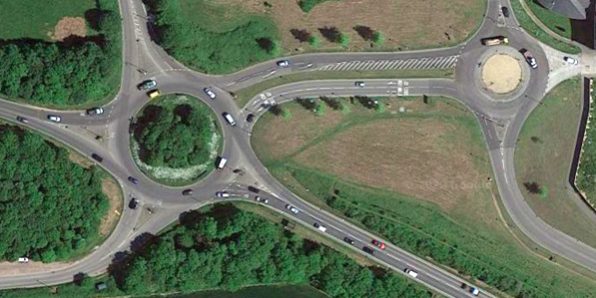 Instead of returning the surrounding land to grass, National Highways is keen to create new wildlife habitat, to complement the work already being carried out along the Middle Farm Way verges; and on the green in front of the Fire Station.

To this end, the contractors have removed topsoil and covered the ground with a mix of chalk and clay, ready for wildflower seed to be drilled into it. Wildflowers do best in low fertility soils, which is why they have removed the fertile topsoil. Wildflower seed will be sown as soon as the ground works have been completed and there should be a flowery spectacle there this Summer.

The area will be mown at the end of the Summer and the arisings removed.